Hello everybody,
I have made several experimental YunoHost apps around Docker. The reason behind is that some apps I liked were not yet implemented in YunoHost (or were too difficult to implement) so for the time being I felt back to Docker.

I would love to hear your feedbacks and tests. Do not hesitate to fork/commit/fix bugs.
Thanks

Why would you want to use Docker in YunoHost?

Why would you NOT want to use Docker in YunoHost?

So here are the apps!

This application installs Docker along with DockerUI for easy container and images management
http://techblog.bigdata-analyst.de/content/images/2014/Apr/Bildschirmfoto-2014-04-24-um-17-35-23.png

This multi-instance application allows to create Docker containers from within YunoHost (and manage them as services). It also installs Docker if it has not been installed yet, so it is independent from DockerUI (which is just here to facilitate management of pulled images)

Docker and Shipyard for YunoHost: https://github.com/scith/docker_shipyard_ynh

This app installs Docker along with Shipyard. It is not working very well yet and has to be set up manually. It also opens a port on your Docker host which could create a security flaw. Highly experimental but once working, it could be much more powerful than DockerUI (manage clusters of Docker hosts, create containers…)

Intérêt de Docker
Odoo on YunoHost (Dockerized)
Reverse proxy nginx
Is it ok to install docker compose on the same server than Yunohost?
Solution for CI/CD?
scith June 23, 2015, 1:50am #2

To illustrate how powerful this could be, I created a template you can use to deploy your own Dockerized apps in YunoHost and also an example (RStudio app)

This is a template that will allow you to deploy a Dockerized YunoHost app quickly and efficiently. The container can be started/stopped via the Services menu of YunoHost.
Just fork it and get started!
I still need to add some options and fix some stuff though.

This template has been successfully applied to the Dockerized RStudio app: https://github.com/scith/docker_rstudio_ynh

This is the RStudio application (web application to develop with R statistics). I never managed to get it working with YunoHost so here is the Dockerized version…

I also made another app to create YunoHost apps out of your Docker containers:

With this app you can redirect one path to a YunoHost domain/path and app (with or without SSO).
For example, a container running with the option “-p 127.0.0.1:8080:80” could be redirected to “http://domain.tld/myapp/” with SSO.

thanks for your work! Since I saw your post, I’m excited, I finally managed to find time to discuss with you!

Before starting the discussion, I have to tell you my secret long term plan to dominate the world with free software:

Make IndieHosters as easy as yunohost (nice webui, sso) but with the power of docker and socket activation to be able to host large farms of servers to host users services almost for free.
I met yunohost in Paris last May with this dream. We didn’t manage to agree on a specific format to package apps, but a lot of interesting discussions (like SSOwhat

).
And so your project is a kind of a bridge!

What do you think we start to collaborate on that?
Benefit for yunohost:

What do you think?
Tell me what I can do to help you

Hello @pierreozoux and thanks for getting in touch

I am not 100% clear on what your project is about, but I’m sure we’ll find ways to collaborate. I’ll drop you on email and we’ll take it from there!

Also please know that I’m about to launch a similar service so there might be synergies to consider.

Hello,
I would try but works only on 64 bit system

Sorry, that has to do with Docker I think. I’m not sure I can do anything about it at the moment

Psycows, are you trying to use it on arm by any chance?

Thanks… I’ll see if I can make some of my scripts compatible with ARM by using this trick: https://community.scaleway.com/t/getting-started-docker-on-c1-armhf/383

I might perhaps clone the Docker repository, then replace the base image by an ARM base image and rebuild the image…
But this looks complex so it might not be done right now.

Hi,
Thanks a lot ! That’s what I was looking for.

I forked it and changed it here : https://raw.githubusercontent.com/pmietlicki/dockerui_ynh

Please if you could change that, I will poste an issue on your github project.

Thanks again, I’m looking forward to using your shipyard implementation.

Hi,
Thanks for your help. I’ll change into the main repo. I have stopped the shipyard YNH development because I did not have the use of it. Feel free to fork if you wish to continue the development: https://github.com/scith/docker_shipyard_ynh

Also I still have to refresh these Docker packages to be up to the latests YunoHost specs (notably the backup/restore, which I haven’t managed to make work with Docker yet)

I noticed the functions are not working anymore. Is there a plan to upgrade them?

It will be of great help and will expand the current app-limitation of yunohost.

For people ending on this topic : note that there is this “meta package” which supposedly can convert a docker image to a level-7 yunohost app

Dunno if it still works, but maybe worth checking out : 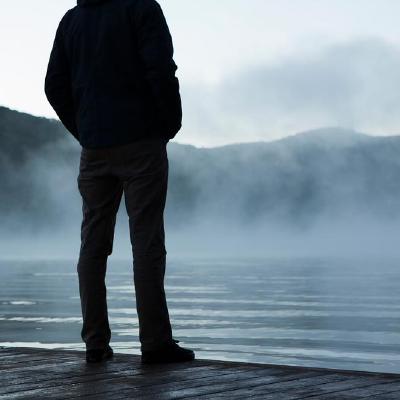 Contribute to aymhce/generator-dockerapp-yunohost development by creating an account on GitHub.

is it still the case that yunohost apps that run within docker will not receive “official” status or have there been any exceptions?