Mailrise - Translate SMTP to anything

I spent a few days figuring out how to handle the email generated by my Yunohost server. I believe the diagnosis tool sends an email to the root or admin user on the host, and I bet other apps do, also, and I want to be sure I don’t overlook them. The most straightforward way to do that would be to have it forwarded or relayed to my other email accounts, like Protonmail.

I host Yunohost at home, and my ISP, like most, blocks port 25, used by most SMTP hosts. I spent a few days setting up AWS SES as an SMTP email relay, but I stopped when I got blocked by an SMTP authentication issue.

While thinking of solutions, I decided that email is just so bad that I should just avoid it if I can. I discovered a project named Mailrise which aims to translate SMTP messages to any other messaging system. 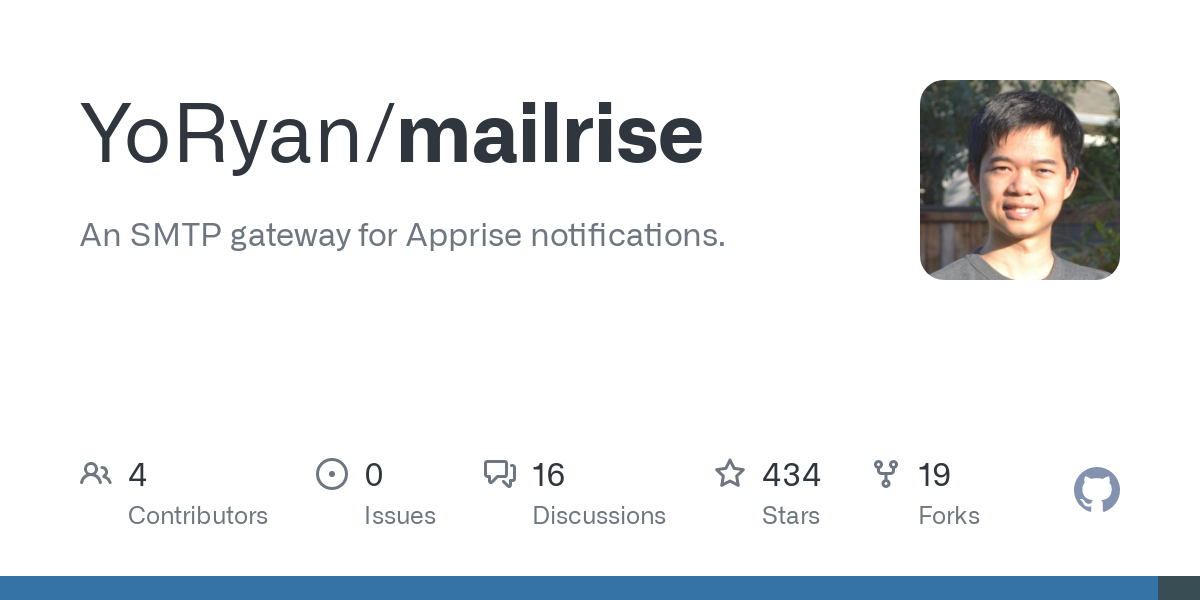 An SMTP gateway for Apprise notifications. Contribute to YoRyan/mailrise development by creating an account on GitHub.

Has anyone else tried Mailrise, or anything like it?

Have you tried to install it ?

No, I haven’t tried to install it yet. It hasn’t been a priority for me yet.