@elekis there was a bug in the package systemd script, it should be fixed with the new version.

I just install last version of gogs on a YunoHost 2.5.6 .

Seems to work, i just have an issue about home url.

I look at ngynx : don’t seems to be here.

Hi, sorry to dirsupt you again, but after a reinstall of gogs (don’t ask) I have this error now 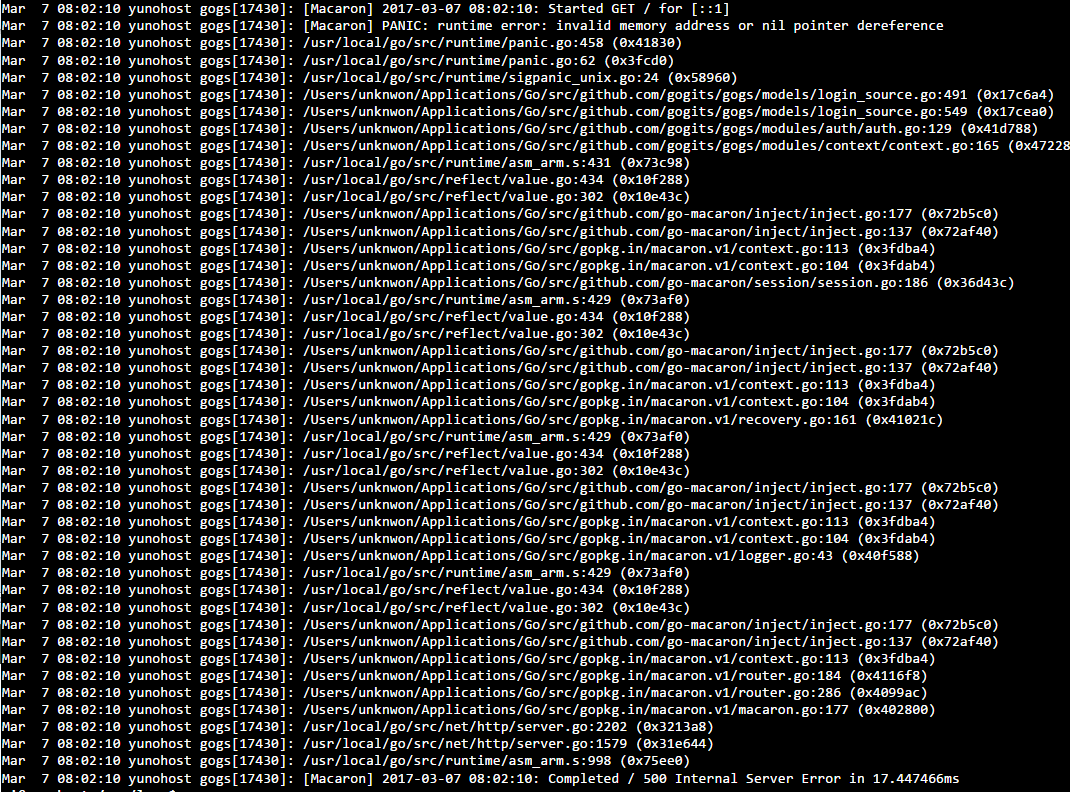 And sometimes I have this.

I started all services and check the go code but … the request diend by validname annoying me.

so bad news I have a wierd behavior. I must be not connected to yunohost (log out) and so I have access to gogs but without… users, impossible to log in…

I ve check on git https://github.com/YunoHost-Apps/gogs_ynh/issues/16 and seems related… 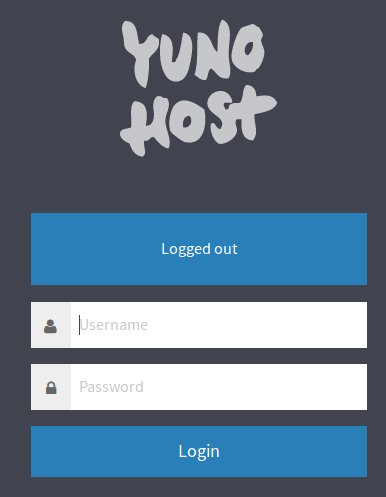 For the log on log in… I can make it for now but without user, it’s complecate, impossible to create a repository…
Any idea ??

Sorry I have absolutely no idea.
In my case I dind’t have much time to spend on my own server maintenance and broke some db stuff when I did updates yesterday.

I was running version 0.9 and couldn’t even update it nor access the db, everything was kinda broken so I backed up /home/gogs/repositories.
I tryied to put it back in place after a fresh re-install of the whole server but the repos do not seem to appear.
I knew this wouldn’t be so easy (and some stuff were stored in the db) but if someone knows the extra step so I can get back my codes.

Hi !
I just install this app package and it seems work fine.
I encounter a problem when i try to push throught https protocols. I’m a git beginner and i don’t know how i can resolve my stuff. See

i just set the app as public and it works

It works in public mode yes but this is not a good solution. I don’t want this site as public.
I just want to use it in a private mode do you have any ideas ?
By the way how can i change the status of public site ?

Thank you tostaki this is really great. I was looking for gitlab and found it wasn’t done but I’ve never been really happy with gitlab, its just so ridiculously slow. Gogs is fantastic. I found that the web based installer didn’t work but the command line instructions on the github repo worked flawlessly. I really like yunohost, I think I’ll be working on something for it too.

I’ve been trying to get Gogs running on my LIME2 with YunoHost 2.7.5, without success. The only thing I see when I try to access domain.nohost.me/gogs is a white page. I’ve installed Gogs as a private app, but making it public doesn’t help. Issueing commands like service gogs start, service nginx reload and systemctl restart gogs.service doesn’t help.
I used to have Gogs running on a Pi 2 with my own domain, so I’m wondering if my setup is somehow causing the issue.

Alright, by running yunohost app install -l Gogs https://github.com/YunoHost-Apps/gogs_ynh instead of using the GUI app installer, Gogs started to work. Why is this? Does the command install a later version of Gogs? Or is the terminal install somehow different from the GUI install?

(root server access)
If you’re using a non-default port for your SSH server, you will get not-so-pretty clone URLs. So can i make gogs start its own SSH server on yunohost?

Thereby if it’s true on Yunohost
2/ I believe it is for new users that want to use to built-in server. So i think that i don’t block port 22 firewall. is my idea correct?

sorry if I’m not clear enough. i discover Gogs

How to config SSH settings

Important Notes This post is based on Gogs 0.8.47.0227. If you want to disable SSH feature, simply set [server] DISABLE_SSH = true, and skip the rest of post. There are two cases when setting up SSH for Gogs. 1. Use standalone service like...

You could set up the build in server but the problem is that you config that you will do might be rewrite on each upgrade.

You could also just add something like that in ~/.ssh/config :

About the firewall normally yunohost open just the port on the main ssh server are running. But you could also open an other port manually.

Arff you re right…

I have forgot this issue…
Ty
Yolateng0

First time poster here. I’m a fan of Gogs but was thinking of switching to Gitea, https://gitea.io/en-us/

Would it be easy to adapt the Gogs package for Gitea?

There are a topic about that here : Gogs : migrate to gitea

I might probably work on that when I have some time for that.