My server is a dedicated old laptop running from home, using a VPN to have his own IP addresses. But sometimes, of course, home has net or electricity issues, during which the server won’t be accessible.
There’s no real problem with that most of the times, but it’s still possible that the problem stays several days.

As I use a dedicated VPN, it’s basically possible to connect any other computer during those issues. Which can be at any other location that should still be connected, such as at a friend’s or family member’s home. I wonder if it would be possible, maybe using a dedicated YunoHost app, to set up a second computer, that will :
– Have the same configuration (same domains, users & apps, but without sending warning mails as it won’t have the DNS-registered IPs most of the time),
– Backup the main server regularly to keep the most possible of the data (mails, files on disk, Pleroma toots, etc.),
– When the main server seems to be unavailable, start the VPN connection itself to automatically replace it.

(I don’t know if the best behavior when the first server comes back to life would be to log the VPN off from the second one, or to switch which one is the main and which one is the fallback until the next issue)

As long as both of the places don’t have net or electricity issues at the exact same time, such a setup could be a really cool way to ensure things will stay great. What do you think about it? 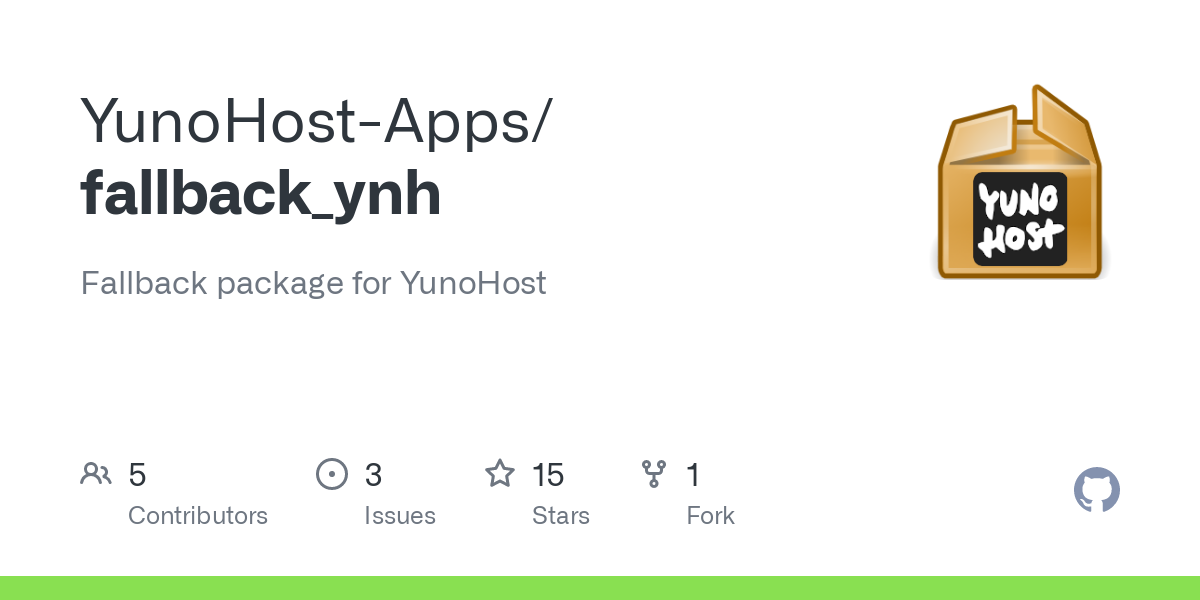 Fallback package for YunoHost. Contribute to YunoHost-Apps/fallback_ynh development by creating an account on GitHub.

Didn’t see this, thanks!

Looks promising, but it doesn’t support VPN (the README talks about changing the DNS IP addresses). And I’m not sure it’s a good idea to have the VPN client installed on both servers (with the same credentials) without something that specifically tells the fallback server to not use it while it’s fallback.

But it can be a good base